Learning to Eat: How Life Learning Principles Helped Me Develop a Healthy Relationship With Food 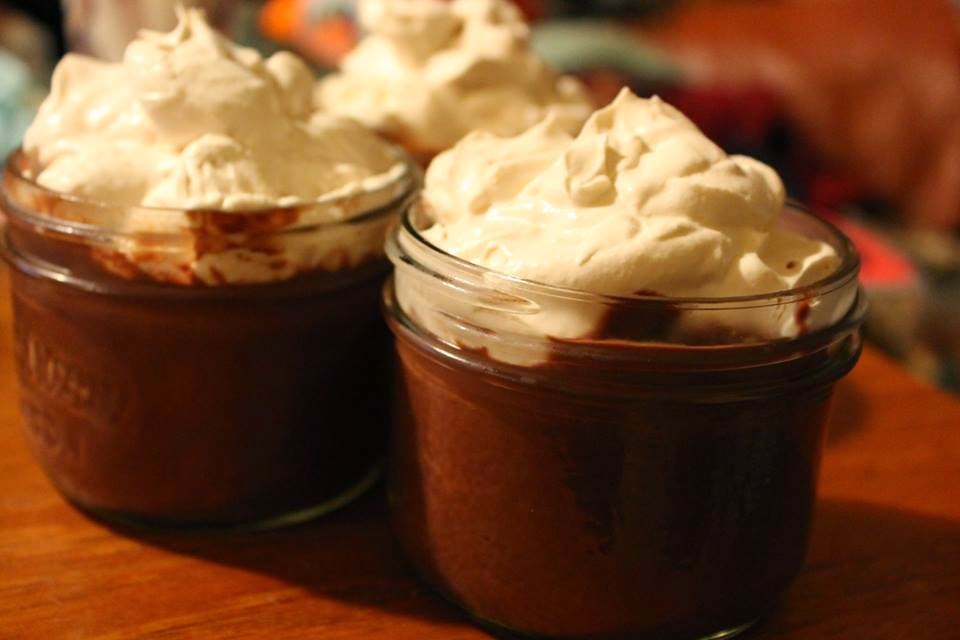 Originally published in the November/December 2014 issue of Life Learning Magazine.

I made a chocolate pudding with a whipped cream topping this past week. Using just coconut milk and semi-sweet chocolate, with some vanilla and rum for added flavour, the pudding tasted and felt more like a mousse than anything--rich and dark and creamy--and was in fact rich enough that none of my family could eat much at a time.

In other words, it would be classified by some as “not good for you,” though I think it was an ideal treat, fun to make and eat.

My sister and I, both adults now, have grown into adulthood with remarkably few issues around food. Neither of us have ever dieted, we’ve never counted calories or gone out of our way to avoid “bad” foods. I care whether the food I’m eating is healthy for me (which is why I tend to avoid soy, which messes with hormone levels), but I also feel strongly that health, when it comes to food and other areas of life, is about our emotional health as well as our physical health, which means that when I get a craving for noodles with fried tofu, the next time I’m at the grocery store I buy a big block of the stuff.

In short, my approach to food is one of listening to my body and mind, and approaching both cooking and eating with an attitude of excitement, fun, and enjoyment.

Guilt or limiting has nothing to do with it.

The fact that my sister has a similar attitude kind of amazes me. Two women from the same house, and both of us have a healthy and joyous relationship with food? In the world we live in, which places a whole lot of pressure and guilt on women especially when it comes to food, I don’t think there is a magical set of steps that guarantees children will grow up with a good relationship to food (I certainly have my own set of issues when it comes to other aspects of life, regardless of my upbringing). Some of the reasons are probably as diverse as genetics, the communities we’ve been a part of, our personalities, and pure chance. However, I feel like some of the ways I was raised created an environment that was conducive to that positive relationship.

Life learning wasn’t the sole contributor, for sure. But, I can’t help but think that my upbringing did have an impact… We weren’t radical unschoolers, we didn’t have unlimited access to sweets, and we were generally only allowed to have dessert after supper. I can’t really say whether that was a harm or a help, though I have felt that certain foods being “treats” meant that I only really discovered I wasn’t so fond of them later in life. Mostly, though, I don’t really care about what limits were or weren’t placed on food when I was young, since at this point in my life food is such a marvelously positive thing.

I was never told I had to finish what’s on my plate. It was okay to stop eating when I was full.

My mother felt very strongly about never trying to trick us into eating “healthy” food. I never had to look at my meal suspiciously, wondering if something I hated was mixed in there. Any discussions we had about healthy eating were open and honest, and not a matter of manipulation.

My parents never commented about our weight. It just wasn’t mentioned. There was no “you need to exercise more, you’re getting chubby” or comments about food being too fattening. While my mother might have frequently had insecurities about her own weight, that was never transferred to me or my sister.

My parents very clearly and vocally valued us for things other than our looks. While my grandmother focused very much on prettiness and looks and activities that she deemed appropriately girly (in a well-intentioned though very misguided way), I always had the strong feeling that she was wrong to do so, a feeling that my mother very much validated.

My mother always had great excitement for trying new things. That doesn’t mean my sister and I always felt the same. Children especially can be good at being very picky! But both of us did eventually develop a similar love for new flavours, cuisines, and dishes, as well as a love of making exciting new dishes ourselves.

When I started to become really into food, my parents supported that passion. They didn’t discourage me from pursuing something so un-academic, or feel that I was wasting my time. Instead they just found me cookbooks, acted as very happy tasters, and encouraged me to pursue more food-related opportunities. They liked seeing me so happy about something, and I don’t think it much mattered to them what that something was.

I’m a cook, and I’ve done some cooking professionally, and I’ve spent many more hours in my own kitchen. I can tell just how passionate I am about creating tasty food by how exciting a thought it is that no matter how many new dishes I make, there will always be more to try! Food holds a large and important place in my life. I love reading cookbooks and watching cooking shows, talking about food with friends and thinking up new dishes. Cooking is a main artistic outlet for me, and just generally causes a whole bunch of warm and fuzzy feelings.

I’m drawn to the philosophy of “intuitive eating,” as it just seems really right to me that most people, if they’re never taught to distrust their own bodies, can figure out quite well what and how much is best for them to eat. We’re all different, and will all require slightly different fuels in different proportions, guided by personal tastes and preferences and availability. Instead of fighting against an individual’s naturally developing relationship with food and eating, telling them that certain foods are bad or “unclean,” and introducing a whole bunch of guilt and body shaming into the picture, it seems we would be much better served by always treating food with the respect it deserves. Food is about our physical and emotional health, it’s about our cultures and community, it’s personal and it’s social and it holds and expresses so much history and creativity and innovation. No matter how you look at it, food is important. And if we can embrace it with a sense of joy and discovery from a young age, hopefully it can remain something deeply positive throughout our lives.

My upbringing wasn’t perfect. And no matter how good my upbringing was (because it really was pretty good), there are still a lot of negative messages and pressures to be found in our current culture. However, I do think that my parents got some things really right when it came to food, and I’m so grateful for the place it now holds in my life.

I have a beautiful relationship with food, and I think that life learning helped me to develop it.
Posted by Idzie Desmarais at 12:57 PM