On Seasons and Cycles: Unschooling and Nature

This post was originally published on my Patreon in February 2019. While most of my Patreon posts will remain exclusive to financial supporters, occasionally I share an older one over here as well.

You know winter is truly over when you hear the spring peepers. Even living in the suburbs, the wetlands, tucked discreetly behind houses with manicured lawns, would fill with with tiny frogs, their distinctive chorus echoing down streets and bouncing between buildings. A local zoo that focuses on fauna native to the Saint Lawrence River Valley would open up the gates at the back of their property when the peepers came out, allowing groups of people into areas generally reserved for zoologists and grad students, where we’d shine our flashlights around as darkness started to fall, trying to spot the small bodies clinging to stalks of grass. You could hear them before you even turned in to the parking lot, but as you made your way into the marshes the sound rose to deafening heights, exhilarating and consuming.

I can still hear the peepers from my house, when the snow has melted but the temperature still drops below zero some nights. The sound has grown fainter over the years as wetlands have been filled in for new housing developments, patches of forest whittled down, but they’re still there. 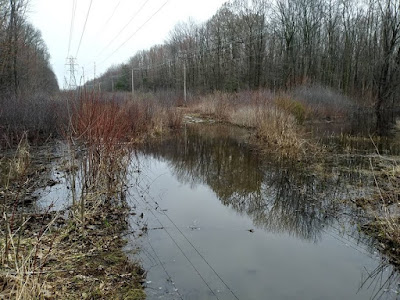 Instead of heading closer to the city for activities, growing up we were more likely to head in the opposite direction, where suburbs faded into more rural surroundings. We’d go on hikes and on frog catching expeditions, learned to spot wood that had been gnawed on by a beaver and admired their dams, chewed on tart sumac berries and kept a lookout for poison ivy. We’d watch turkey vultures spiral high above us, and spot red-tailed hawks and downy woodpeckers.

There are children who are more nature literate than me and my sister were--quite a few of them and quite a bit more knowledgeable--but for children of the suburbs, we spent more time in wild spaces than most of the other kids we knew.
__

When you grow up without school, you get to create your own structure, the what, where, how, when, and who of your choosing, which means that one of the “where’s” you can choose to focus on is outside. Without the segmentation of semesters and school vacation, you can allow other forces to guide you instead: the turning of seasons, the weather, when your favourite flowers bloom in the fields, that perfect stretch of time for hiking in the autumn when the leaves are at their brightest. You can fade into partial hibernation in the winter months, a fallow time for thinking and creating.

And, taking inspiration from the natural cycles, you can embrace the way learning itself follows its own patterns, periods of intensity and growth followed by stretches of absorption and rumination. 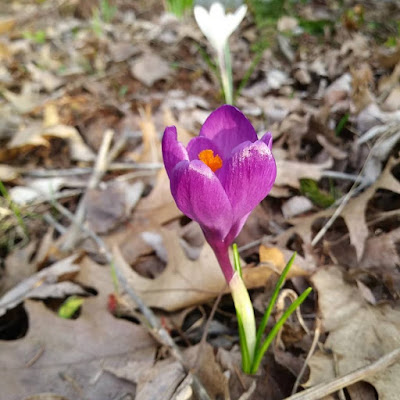 Spring was peepers and fat tadpoles. It was burying peas in newly thawed ground, cold earth lodging under my fingernails. It was a carpet of white trilliums rolled out through the woods, ghostly on dusk walks, punctuated by occasional red ones, foul-smelling if you leaned too close. As spring grew into summer, we’d spend afternoons picking strawberries at the farm up the road, the sun hot on our backs.

Summer was for frog and grasshopper catching. It was fields filled with bright flowers. It was black raspberry picking, thorns sharp as they caught on purple-stained fingers, and fruit bright on my tongue. It was lying on soft-prickly grass and sunning on big, sun-heated stones like some warm-blooded lizard. For years when I was small we’d head northeast, following the Saint Lawrence all the way to Gaspe, right as summer started to fade into fall. I’d spend hours picking wild blueberries, running through un-mown fields and bushwacking my way through the woods to marvel at ancient, twisting crabapple trees. I’d walk along the beach, mesmerized by crashing waves, and sometimes seals would swim close to the shore, watching us with the same curiosity with which we’d watch them. 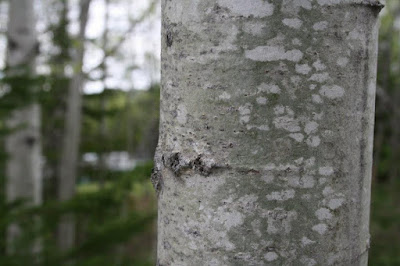 Autumn was leaves shading into yellow and orange, red and purple, and crunching most satisfyingly underfoot. It was ponds stilling and reeds browning, the scent of decomposition in chilled noses. It was carefully deliberating over the selection of decorative gourds at the farmstand, fingers tracing stripes and ridges. It was the excitement of halloween, clamoring over prickly straw bales, and trying to catch the first flakes of snow on our tongues.

Winter was chilled faces and sparkling fresh snow, cross-country skiing and snowshoeing in the strangely quiet, creaking woods under the muffling blanket of a heavy snowfall. It was the bright red flash of cardinals against a white backdrop, tottering out in ice skates onto a frozen pond or rink, or sliding carefully along in boots, arms outstretched for balance. It was winter festivals and toes too long in the cold, bright pain burning as they thawed out near a warm fire, or merely the car heating vents.
__

Kids who don’t go to school do not have a monopoly on outdoor exploration or seasonal traditions, not by any means. But what I want to highlight is the flexibility life learning provides in allowing families to choose where and how they spend all the hours of their days, instead of only being left with a handful of evenings and weekends to do with as they wish. I want to celebrate the way that seasons can take precedence over a school calendar in structuring life, how nature can be the primary force that shapes your days, instead of a schedule set up with the best interests of an institution in mind, not the best interest of children.

When you’re not in school, you simply have time. Time to be outside, time to lie in the grass, time to organize last-minute group hikes, time to stay up late watching bats, time to go on a trip when other kids are in school. Not going to school doesn't necessarily mean you’ll spend more time in nature. But it means that you have the time--boundless, limitless time--to do so.
Posted by Idzie Desmarais at 3:40 PM No comments: