This is the latest in an ongoing series of interviews with grown unschoolers.  Read more here!  Are you a grown unschooler yourself?  If so, I invite you to participate in this project.

And now, I'm very happy to introduce Tara, someone who's blog and photography I've long admired.

Tara Wagner is a mother and a lover, a writer and an organic life coach, specializing in life learning, organic parenting and authentic living. She currently travels the US with her husband and son in a truck converted to run on veggie oil and a solar-powered RV. You can find her blogging at TheOrganicSister.com and SustainableBabySteps.com. 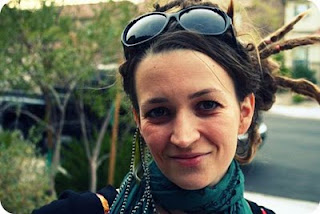 When did you become an unschooler?
I "officially" left school about half way through 9th grade, but mentally I had begun checking out a few years before.

How long have you unschooled/did you unschool? I was out of school for the rest of what would have been my high school years. Instead of college, I chose massage school and self-education for entrepreneurship from there.

If your parents chose unschooling, do you know how/why they made that decision?
My mom didn't choose it but she supported my choice under the belief that "school is not for everyone" and with the ideal that I can create my own success.

If you chose to leave school, can you talk a bit about what led to that decision, and how the actual process of leaving went (how did your parents, friends, teachers, etc. react?  What were the challenges you faced, and how did you overcome them?).
I had enjoyed school and schoolwork until about 7th grade. But changing schools had confused the administration and they began putting me in classes I had already taken. I got incredibly bored and was no longer challenged or having fun. I was also not meshing with the dramatic high school "scene" and felt most comfortable around adults.

By 9th grade my favorite and best subject (English) became my least favorite. Instead of doing what I wanted to do - write and read - I was relearning capitalization and trying to convince the teacher I'd known the difference between a question mark and an exclamation mark since the 2nd grade. (The teacher told me if that were true I wouldn't be in her class and the school admin told me it was up to the teacher to decide if I needed a different class.)

My transition out of school started with me skipping classes, and only attending the ones I enjoyed or was challenged by (this was where my interest in science and computers began). They tend to frown upon selective attendance, so they suspended me.

I think I asked my mom if I could be homeschooled, but there was never any thought of doing school at home. We had never heard of unschooling and didn't tap into any homeschooling communities. As such I think many people looked at me as a "dropout" although I never felt like one. I felt very strongly that I was opting out, and with my mom's support, I felt  empowered by that.

I think the biggest challenge I faced was in overcoming the mentality of my peers. Since we never got involved with other homeschoolers and had never heard of unschooling, I was still spending my time with the same friends and mentally still involved in the same high school drama. My views were limited by their views and didn't expand until years later when I started to seek out new information or ideas and ways to live.

Since I've come to see unschooling as a way in which we live, ultimately I think I was deschooling through high school. I made a lot of unhealthy choices in an effort to regain my autonomy and the experiences gave me a lot of contrast, showing me what I no longer wanted to have as part of my life.

What do you think the best thing about unschooling is?
Just one? I guess I'd say it comes down to the freedom: the freedom to create your own life, to heal, to grow unhindered, to explore without imposed limitations. Amazing things happen inside of freedom.

What do you think the worst (or most difficult) thing about unschooling is?
I think going against the norm and doing so without support can be especially challenging. If a person lives in an area without a local unschooling community they might be more susceptible to criticism or pressure to fall in line with the rest of society's ways of thinking. 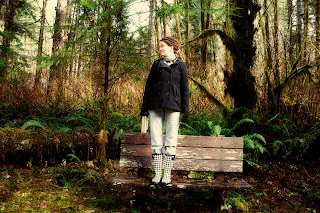 Did you decide not to go to college or university?  If so, could you talk a bit about that experience, and what (if anything) you decided to do differently instead of college?
I didn't have the need for college for the work I wanted to do at the time (massage therapy) so I chose massage school instead.

I later opened my own business without a business degree or any real training and quickly came to feel as though most of what I might spend tens of thousands of dollars on in college would be a waste of time when I could learn it myself. Especially in this day and age of open-source learning and the endless resources available to us, college is only one way of obtaining it.

That's not to say that I won't at some point decide to take courses. But I don't feel the need for a degree for the things I want to be doing in my life. I don't and have never seen the need for someone else to approve of what I know or can do and unless I someday decide to be a doctor, I don't see that changing.

Are you currently earning money in any way?
Yup!

What jobs/ways of earning money do you, and have you, had?
As a teen I had several entry-level positions as a cashier or office assistant. I didn't last long because I didn't enjoy the job or the money I was making and wanted something more for myself. Once I knew I didn't need high school like I was told I did, I soon came to realize I don't need anything else that doesn't work for me, either.

Now I'm an entrepreneur: I'm a writer and blogger, photographer, unschooling coach, massage therapist, and freelancer. I do the things that bring me passion and don't feel as though I need to or should choose one field. The world is too big and there is too much to do to pick just one passion.

Have you found work that's fulfilling and enjoyable?
Most definitely. I love what I do and I'm sure it will change and evolve as I do.

Have you found that unschooling has had an impact on how hard or easy it is to get jobs or earn money?
Not really, not the way I view unschooling. I don't think "unschooling" created me or gave me an ability. I think it simply gave me the freedom to create myself and supported my innate abilities. Whereas schooling or limited mentalities got in my way, unschooling stays out of my way. 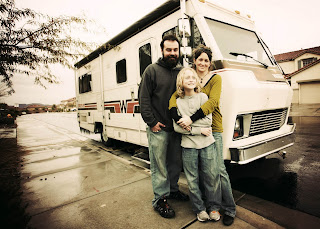 Do you feel that unschooling has had an impact on what methods of earning money or jobs you're drawn to?
Yes. I don't feel as though I "have to" be tied down to something I don't enjoy. I don't feel as though I should settle or "be grateful" just because. And I desire a lot of creative freedom. I haven't worked for someone else in about ten years and I would have a very difficult time doing it again without that creative freedom and autonomy.

What impact do you feel unschooling has had on your life?
A huge one. It's impacted every facet of my life, from my relationship with my spouse, to my parenting, and life's work, to my outlook on politics and health and social issues.

I base everything off of freedom, support of the whole person and living without conditions or fears.

If you could go back in time, is there anything about your learning/educational journey that you'd change?
Ultimately, I don't think I would, although I do wonder what would have been different had I left school earlier or connected with the broader world outside of school after I left. But I do think that my experiences shaped me and that the contrast helped me grow.

If you have children, do you unschool them?
Yes, although we came to it late.

Zeb (now 11) was in a private school for a couple years, which was not a healthy experience for him. Although I had left school as a teen, I still had limited views around *when* a person could leave the system (as in, "Sure, school is not for everyone, but you have to learn the basics first.") I still had a lot of deschooling to do. :)

But my foundation helped me to embrace it quickly. Soon after we withdrew him, I began to trust not only my intuition around learning (free schools have always appealed to me) but also my child's natural instincts and passions.

What advice would you give to teens looking to leave high school?
Trust your instincts. Try new things. Get connected with new people. Put yourself out there. Take your time. Hurry up.

Life is full of so many opportunities, most of them hidden and requiring your passionate pursuit of them.

What advice would you give to someone looking to skip, or to drop out of, college or university?
The same advice I'd give to anyone making any decision. College is one route. It doesn't negate or guarantee any other route. Trust your instinct. Go after what you want. And don't fall into the trap of listening to other people's fears. Or your own, for that matter.

What advice would you give to unschooling parents (or parents looking into unschooling)?
Slow down, and spend a lot more time on building connection and trust than anything else.

Then start building upon interests, inviting new things and people into your lives, and creating a rich environment in which the whole family will thrive. Don't get wrapped up in the fears of others and don't project your own fears or beliefs or desires on your kids. 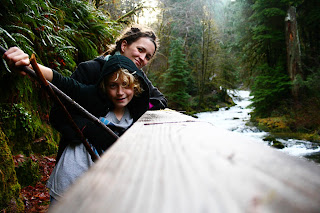 Is there anything else you'd like to talk about or add?
Don't let a label define you. The unschooling label can be freeing...or it can be binding. Instead of embracing a label, embrace the way you and others want to feel - joyful, connected, adventurous? Focus on those things and let freedom, trust and compassion be your cornerstones.

Posted by Idzie Desmarais at 2:29 PM