This is part two of my talk Unexceptionally Exceptionally, which I presented at the Northeast Unschooling Conference a couple of weeks ago. I'd suggest reading part one, The Meaning of Success, first! Look for part three on Monday.

As much as I might often be seen as “successful” by unschoolers, this past year has not been one which looked very good from the outside, and one that often didn’t feel very good on the inside. This past year in my life has been rough. When I was writing the outline for this talk, I put down “the year of hell” as the heading for this section. For any Star Trek Voyager fans in the audience, you’ll remember the episode of that title, where in an alternate timeline, everything just keeps going wrong: aliens keep attacking; equipment breaks; people keep dying.

My own year of hell has been a time of great difficulty for my whole family. In December, a beloved cat who had been with my family for almost 14 years passed away unexpectedly. In January, my great aunt died. In february, my grandmother’s basement flooded, and shortly afterwards, she fell down the stairs, hitting her head on rough cement uncovered by flood repair work and getting a concussion. In March our other elderly cat, who had been with us just as long and been just as loved, got sick and died shortly after. In April, my father had surgery. 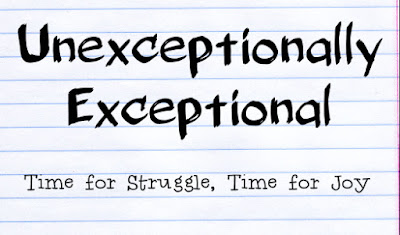 When I see people criticizing unschooling for its supposed sheltering of children from hard things, I laugh. My response to that concern, whenever it’s expressed to me, is that the world provides plenty of difficulty all on its own: no need for parents to artificially engineer misery in the lives of their children.

There’s a quote I really like by Alfie Kohn, who says:


“People don’t get better at coping with unhappiness because they were deliberately made unhappy when they were young. On the contrary, what best prepares children to deal with the challenges of the real world is to experience success and joy, to feel supported and respected, to receive loving guidance and unconditional care and the chance to have some say about what happens to them.”

I guess my parents did something right, because I seem to have ended up as an adult who can cope with adversity. This past year success has felt like being there for my mother when her aunt passed away. It’s meant rushing out of the house in record time to meet my grandmother at the hospital, and bringing my father in for his surgery along with my sister, hiding the terror we were both feeling so we could joke with him while he waited. Success meant bringing my cat’s body to the veterinarian's office to be cremated, even though I wanted to just curl up at home and grieve, because she was my cat and it was my responsibility.


Sometimes success means simply doing what you need to do.

And, through it all, learning keeps happening. Not even in a growing from adversity way, though that can’t help but be part of it, but just through everyday exploration. Books are still read, questions Googled, words written, Ninjutsu classes attended, skills honed and projects completed.

A large part of unschooling is seeking joy in learning: embracing learning as a playful, exciting process. But it seems that in all our discussion of that joy, some people seem to take to heart that that’s all unschooling should and can be. I see people concerned that their house isn’t constantly filled with light, or that life sometimes gets in the way of living in a way that looks how they think unschooling is supposed to look.

I think that cooperation and exploration and yes, joy, should always be the goal: of course we all want that. But there needs to be the recognition that circumstances will sometimes intervene in surprising and on occasion devastating ways, and what happens through that might not looks like the ideal of unschooling, but it will be real, and genuine, and the learning will still be happening, every step of the way.

My year of hell has included a whole lot of time spent not in crisis, but simply in living.

“When life is busy testing your endurance, it seems like the perfect time to bring a bit more magic into your days.”

I wrote that line back in January, and that thought, that idea has come to mean a lot to me in the past year. More than any other time in my life, I’ve been reminded over and over again of the importance of finding joy each day, in all it’s forms and in any way you can. Bringing little pieces of magic, of inspiration, into even the most difficult of days.

For one thing, I could spend hours picking berries. The only thing that generally drives me back indoors is when I’ve found every last ripe one in whatever patch of brambles I’m delicately working my way through. Sometimes I hum to myself. More often I’m silent, moving slowly, listening to the soft rustle of branches, hum of insects, and birdsong. Even the thorns on my favourite black raspberries seem more like a challenge than an inconvenience.


A lot of what bringing inspiration into my life has meant is self care rituals: picking berries; making myself and anyone else who’s around a fancy coffee; making a beautiful plate of food; cutting flowers from our yard and putting a bouquet on the table; baking a loaf of bread… Much of my self care involves food, because that’s what’s important to me, but everyone will have things that make them feel grounded and nourished.

And a lot of what “magic” has meant to me has been learning. I haven’t taken any classes since last fall: nothing has been formal, and little has been with other people. Even turned inwards, as I’ve been, towards family and healing, I’ve found myself still learning constantly, in countless simple ways.

Gardening has been a big thing for me and my sister this Spring and Summer. My sister Emilie has spearheaded things, at times dragging me along, short on motivation, behind her. Conversations on car rides have been about the ideal soil composition for beans versus tomatoes, and how best to treat powdery mildew on zucchinis. There have been sweaty days spent building a large trellis out of branches and reclaimed posts for our winter squash, building raised beds, and transplanting small growing things. In more recent days, time spent in the garden has waned, as more and more that’s left to do is simply harvest, take stock of what we did wrong and right, and discuss how we want to do things next year.


Besides the garden, bringing two new cats into our home, in a desperate attempt to fill the holes left by our recently deceased furry family members, has lead to plenty of breed research and new discoveries about cat behaviour, as each new animal always presents new challenges and new joys both. I canned some jelly semi-successfully for the first time this summer--the canning part was successful, though the “jelly” was more syrup than anything else. I’ve learned more about areas of history I previously knew little about; I’ve learned to cook new foods; I’ve learned that I can step up when needed even when I’m personally struggling.

A whole host of learning, from how to handle an overstimulated kitten and how to create an ingenious tomato watering system, to deep personal growth.

Remaining aware of all the learning that keeps happening, no matter what, can be encouraging and soothing. When it feels like you’re “doing nothing,” it might be a good idea to pay more attention to all the things that you, and your family, ARE doing.

We live in a culture obsessed with productivity. Whether you want to blame it on capitalism or on the puritanical work ethic, the fact remains that busy-ness, doing something, is generally considered good, and not doing anything “productive” is seen as laziness, as wasted time.

The idea that time can even be wasted, that every moment should somehow be accounted for seems like a deeply toxic idea. It’s definitely proved a harmful one in my own life. I’ve struggled with mental illness for years, and this year has been a particularly trying one with all that’s happened, and I struggle with the idea that I’ve “wasted” so much time in struggle.

In a culture that sees a lack of productivity as one of the seven deadly sins, people who are struggling are often seen as lazy. They just need to get over it, and pull themselves up by their bootstraps.

The reality is that big life struggles are sometimes inevitable, and there isn’t an exact recipe for how people are “supposed” to deal with adversity. Sometimes you just need time and space to heal, and to get back on your feet.


Both children and adults need time to struggle with those big life events, to make sense of them.

One of the core tenets of unschooling is recognizing that everyone has their own timeline when it comes to learning. The same is true of emotional difficulties and growth. When we take constant productiveness as a measure of success, we’re doing a great disservice to ourselves and the people around us. Time is a great gift: time to figure things out, to grow, to process, to hibernate. Periods of downtime are essential, especially when life has been extra hard.

Part of learning to be kind to myself is learning not to beat myself up over a lack of productivity, not to punish myself for struggling. Sometimes picking a full container of raspberries is success enough.
As a grown unschooler, I might feel the pressure to excel in obvious ways especially keenly, but recognizing that the only timeline I’m on is my own allows me that space to breath, and when I’m kinder to myself, I’m more able to do and learn and grow.
Posted by Idzie Desmarais at 12:14 PM